At bSmart Services, we offer a full gamut of IT support services in Lake Worth FL, as well as surrounding areas in South Florida. To discuss your needs or for more information, call today at (561) 486-3500.

bSmart has been serving the South Florida area and nationwide since 2006, providing IT Support such as technical helpdesk support, computer support and consulting to small and medium-sized businesses.
Categories
Tags

The 2020 hack of SolarWinds saw a major disruption of the supply chain for many organizations around the world, including the U.S. government, but a recent survey shows that these organizations have felt varying degrees of effects from the hack itself. Furthermore, many have taken the hack as evidence that further information sharing must occur if we are to ever take the fight to cyberthreats.

The report in question, conducted by IronNet and detailed on TechRepublic, surveyed 473 IT decision-makers from the United States, United Kingdom, and Singapore from the technology, financial, public service, and utility industries. Here are some of the results of this survey, including some rather concerning numbers that are sure to make you question your own cybersecurity practices:

That said, it’s not all bad news. Some 90% of respondents claimed that their positions on cybersecurity had improved over the past two years. Still, this is not enough; more must be done to protect businesses from cybersecurity threats, especially on the scale of the SolarWinds hack.

To this end, many companies from all over the world are more likely to share information with each other about how to protect themselves and others like them from threats. That said, certain barriers do still exist that prevent some companies from sharing too much, but any step forward is a step in the right direction.

Don’t Be a Victim

bSmart can equip your business with the security tools needed to detect, prevent, and recover from cybersecurity hacks should the worst happen. When your organization is targeted, the last thing you should do is roll over and take it without putting up a fight. Let us help you prepare for these situations. You won't regret it. Get started today by giving us a call at (561) 486-3500.

Dale is a Senior IT Executive and has extensive experience working with IT Infrastructure Architecture, Operations, and Management. He is currently COO @bSmart and consultant to fortune 1000 clients to transform their digital landscape

More posts from author
Friday, May 27, 2022 A VoIP Business Telephone System Is Extremely Valuable
Wednesday, May 25, 2022 Tip of the Week: How to Get Google to Remove Certain Personal Data from Search
Monday, May 23, 2022 Investing In Technology Can Aggressively Help Your Business

No comments made yet. Be the first to submit a comment 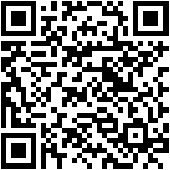 bSmart launches new website!
bSmart is proud to announce the launch of our new website at https://bsmart.services. The goal of the new website is to make it easier for our existing clients to submit and manage support requests, and provide more information about our services for prospective clients.
Read More

Learn more about what bSmart Services LLC can do for your business.